Guild completed 50 years of its service for the empowerment of women and children in Delhi, Jammu & Kashmir, Rajasthan, and Uttar Pradesh
On December 9, the Guild celebrated its Golden Jubilee at the India International Centre. Shri NN Vohra, President, India International Centre and Former Governor of Jammu & Kashmir was the chief guest.
While honoring the partner organizations and individuals Guild appreciated their commitment towards the cause. Guild has been incredibly successful this journey because of the immense support of partner organizations, generous donors, the committed dedication of its members, and the immense work of its staff. 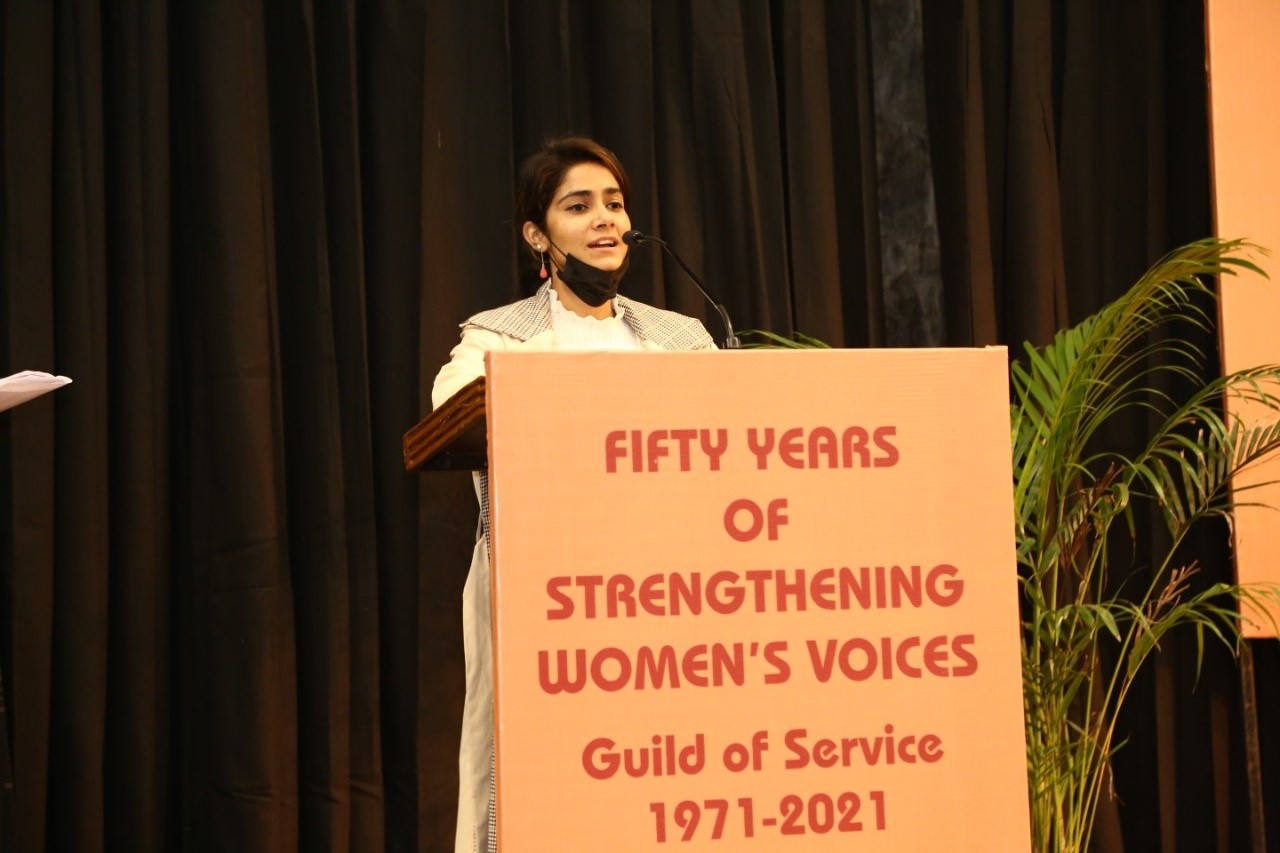 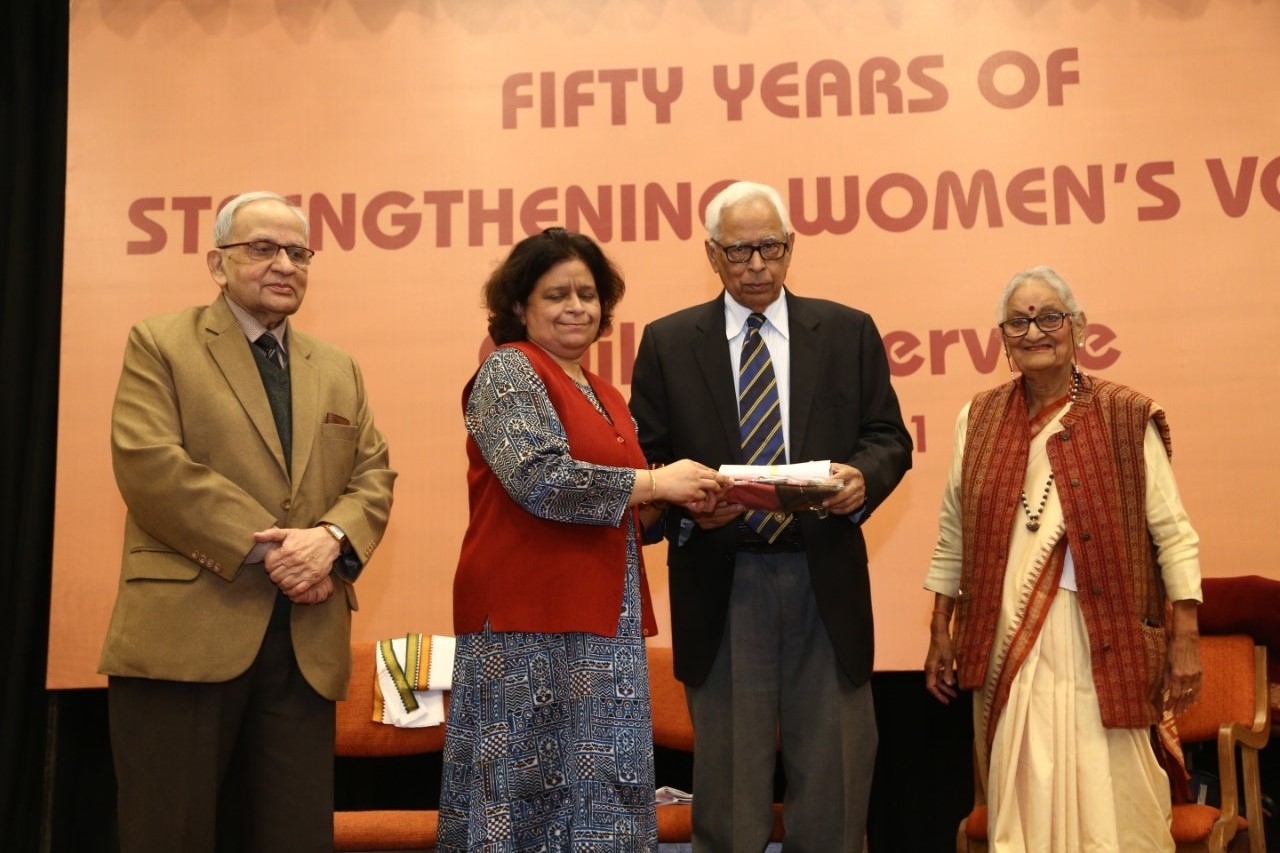 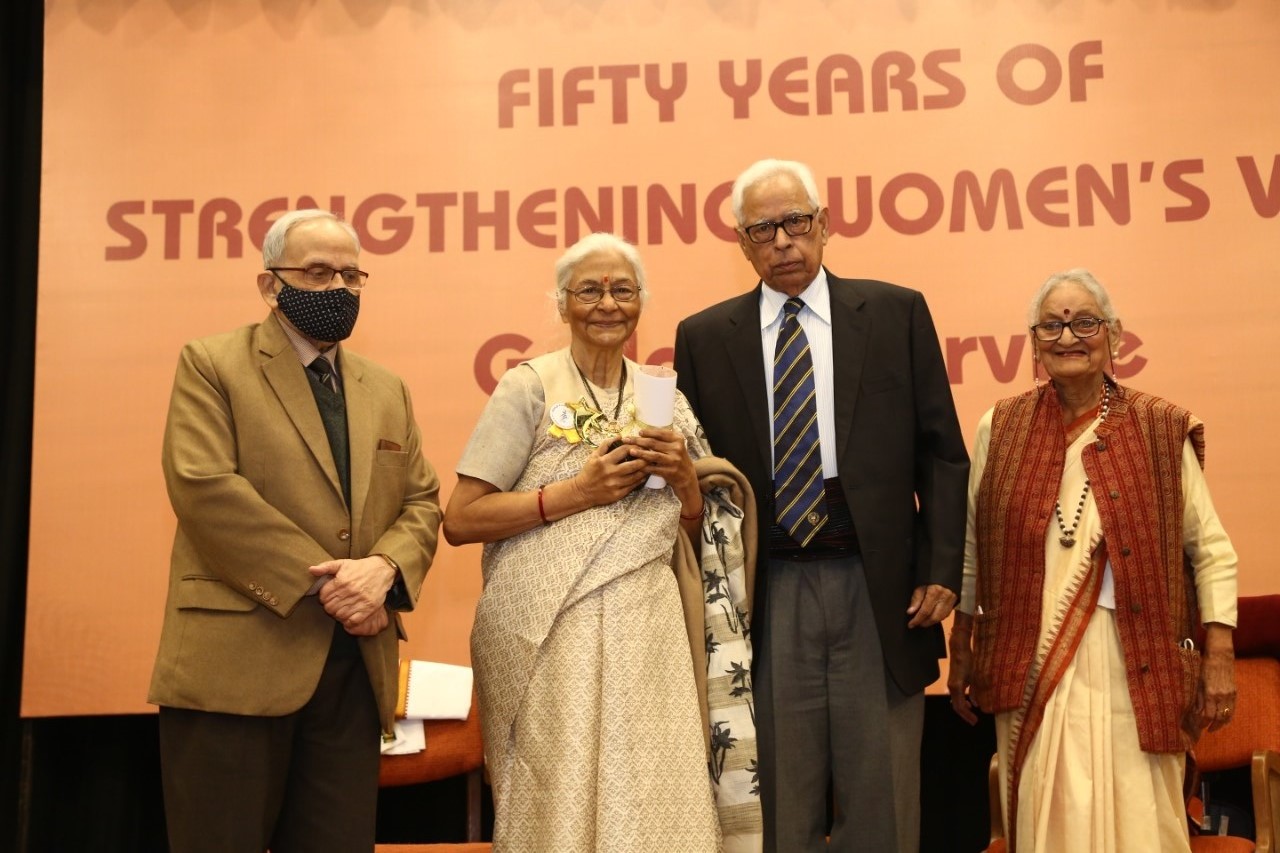 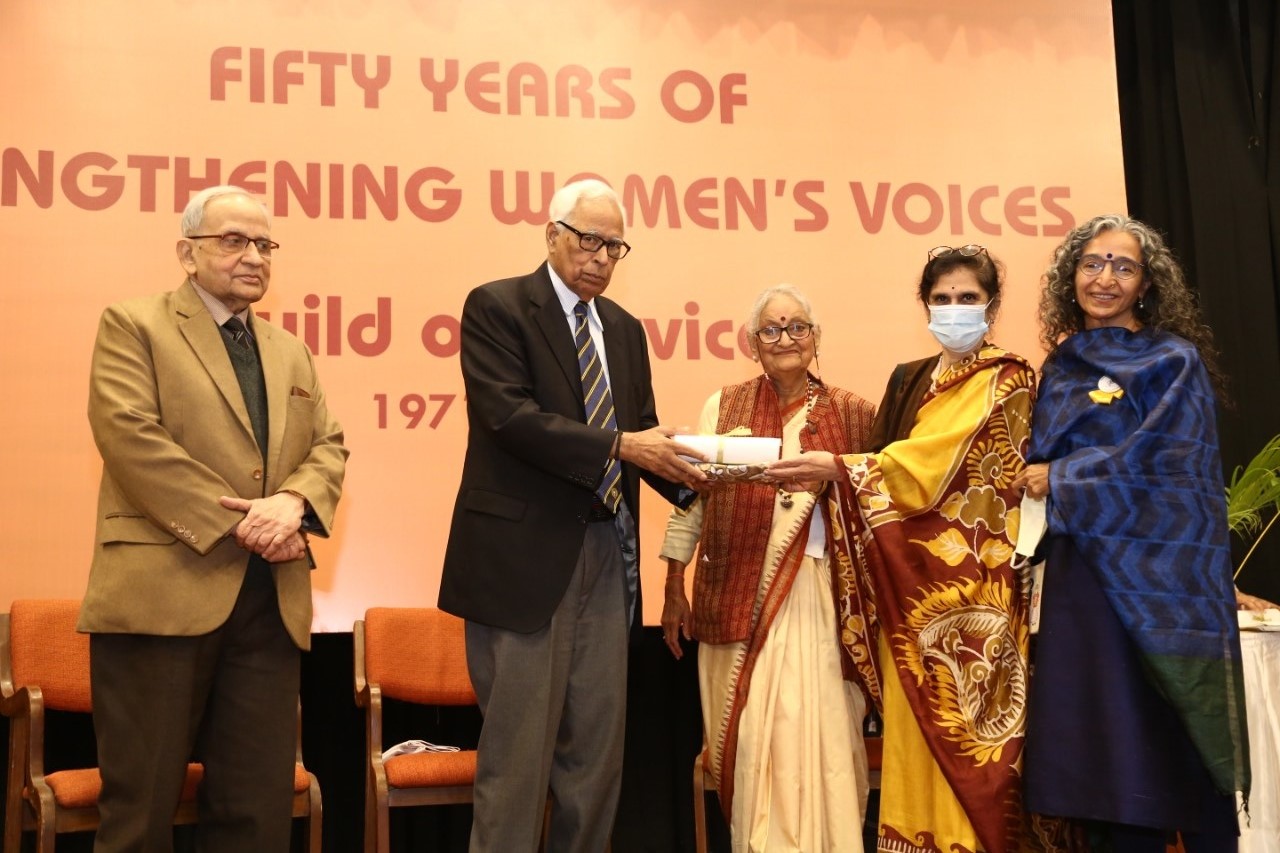 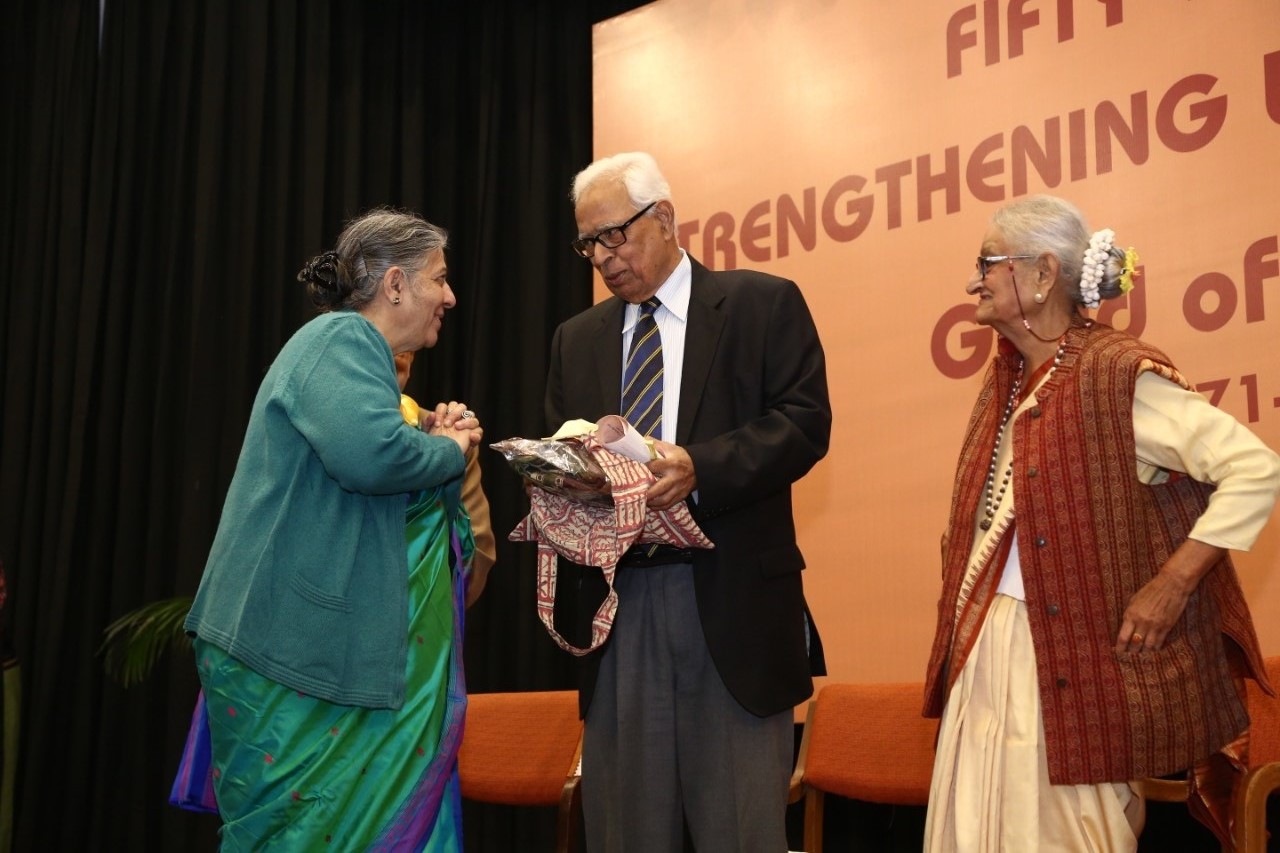 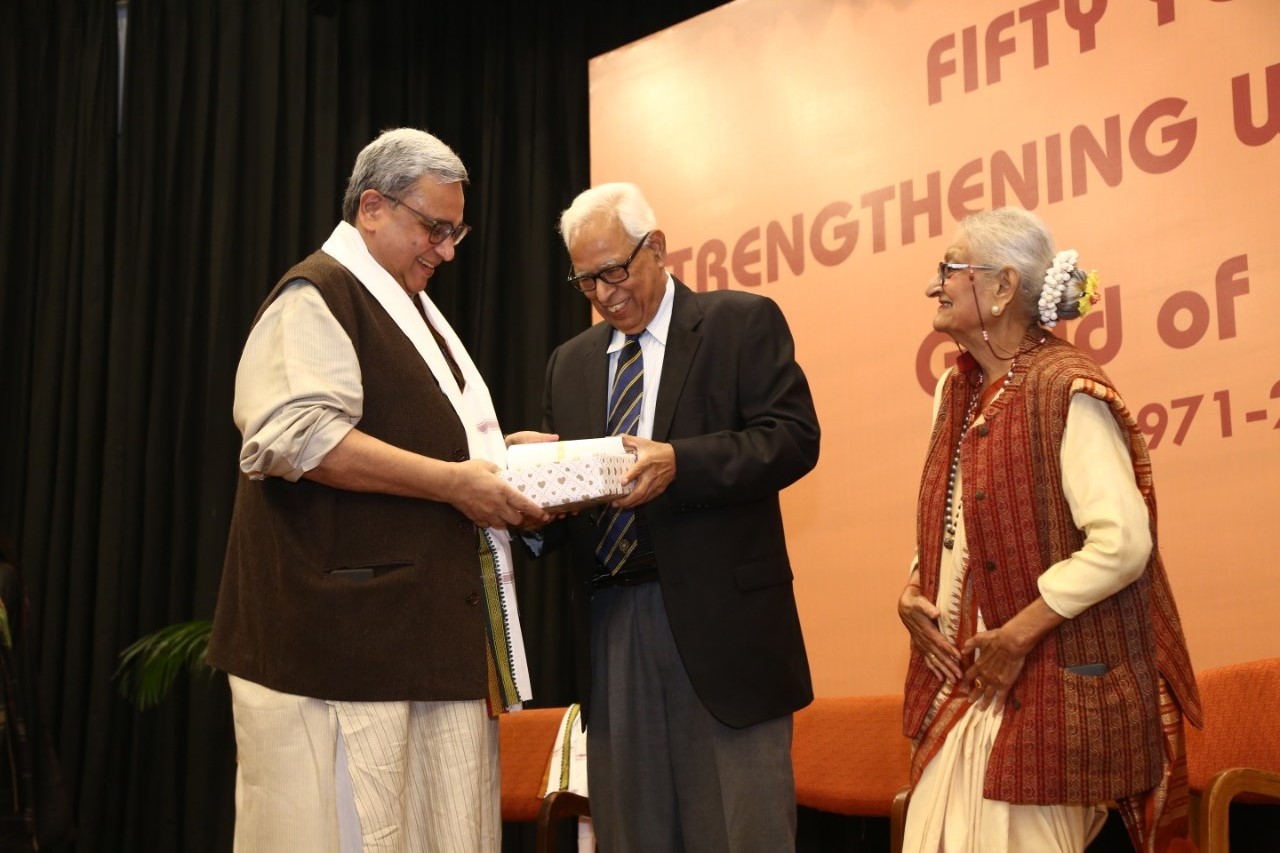 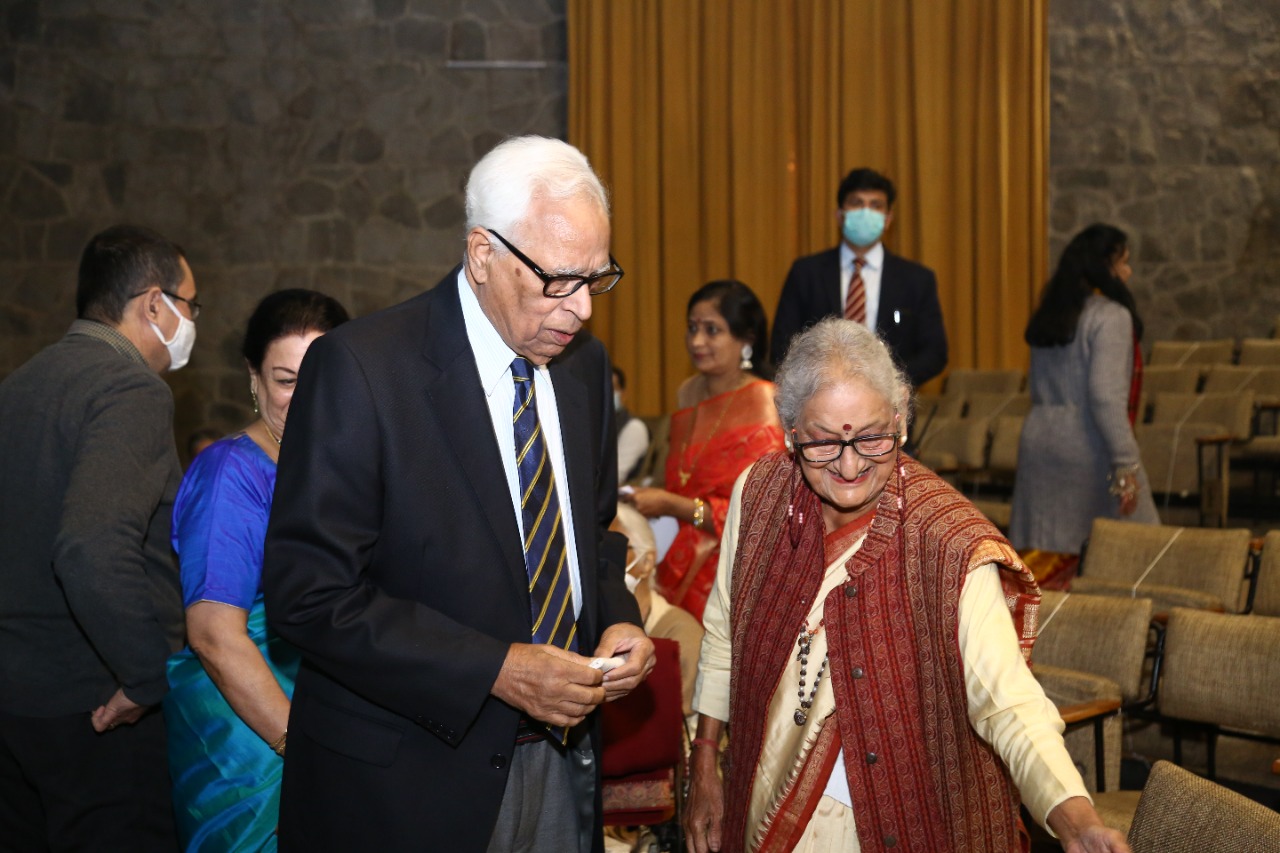 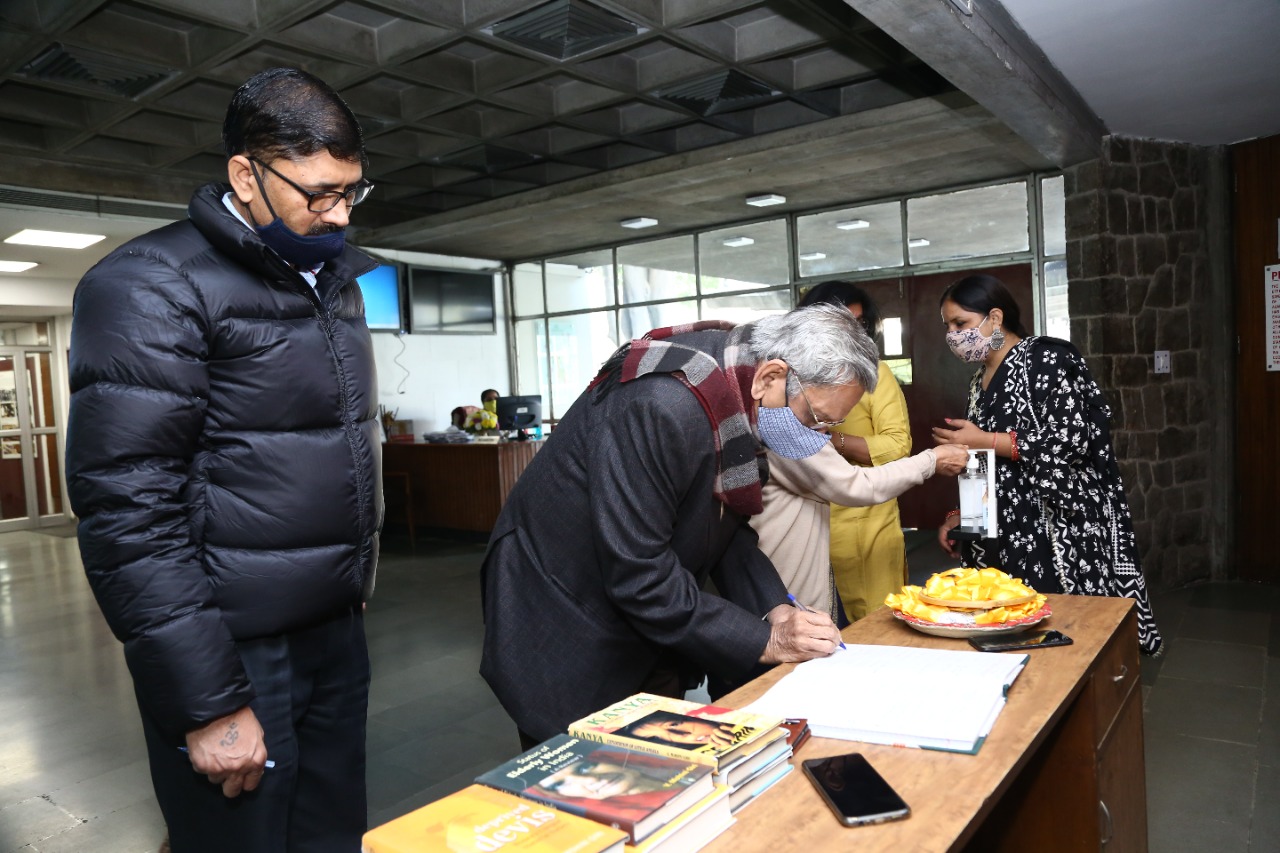 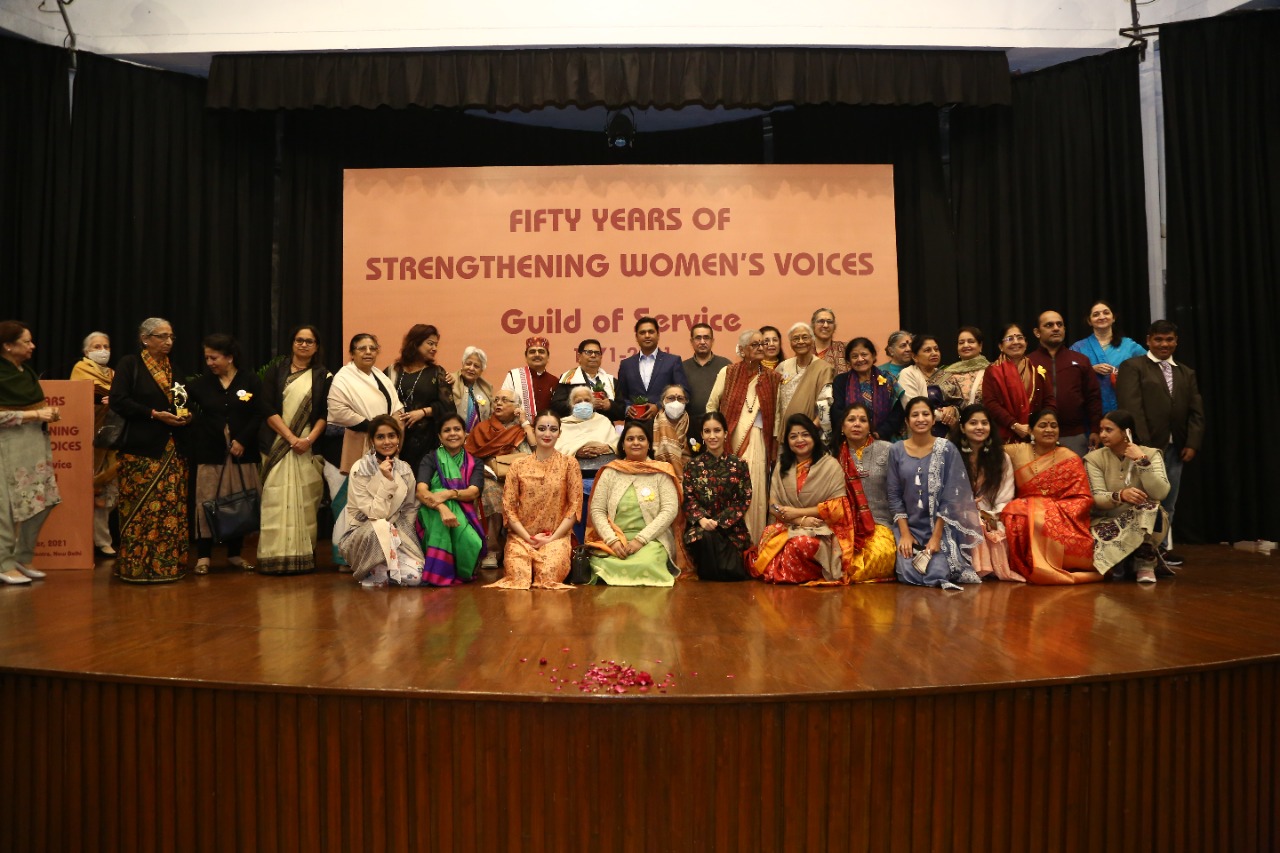 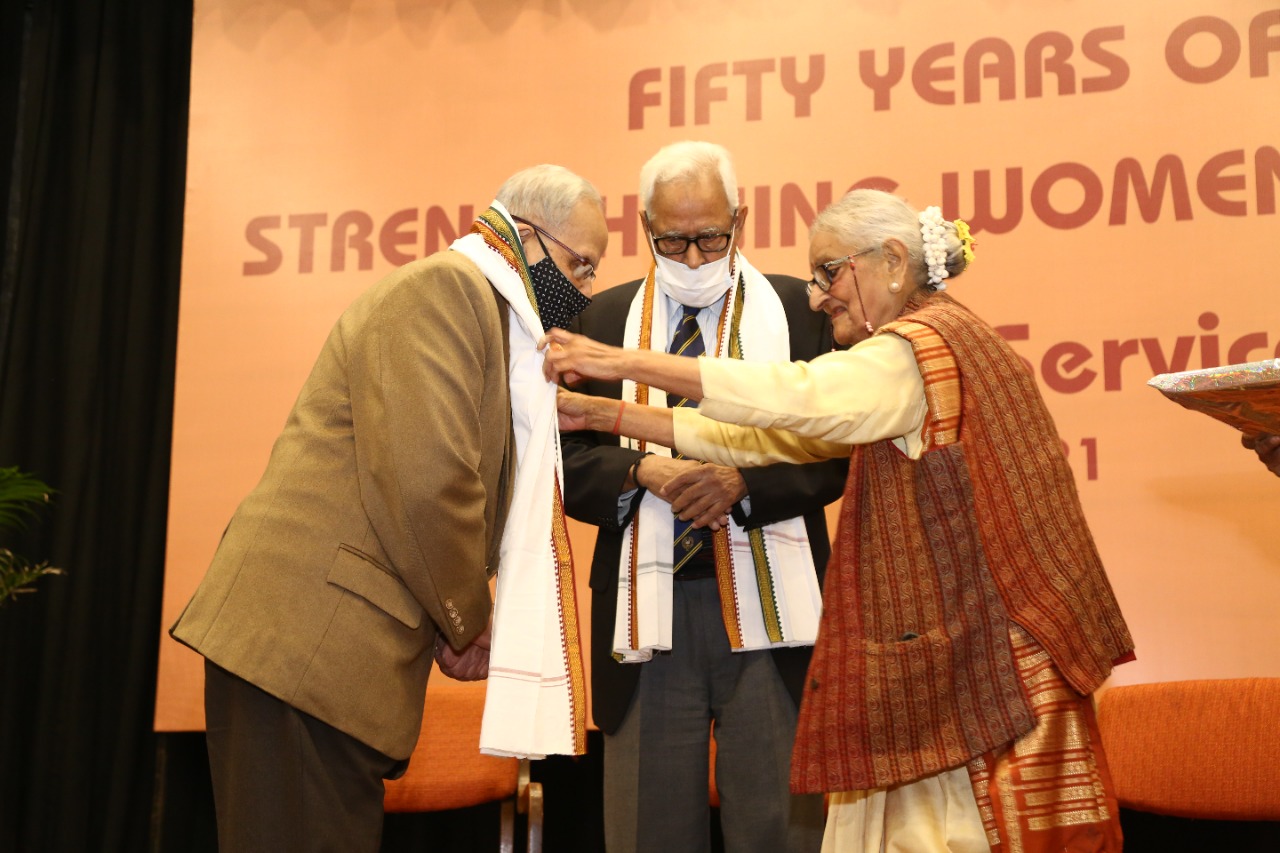 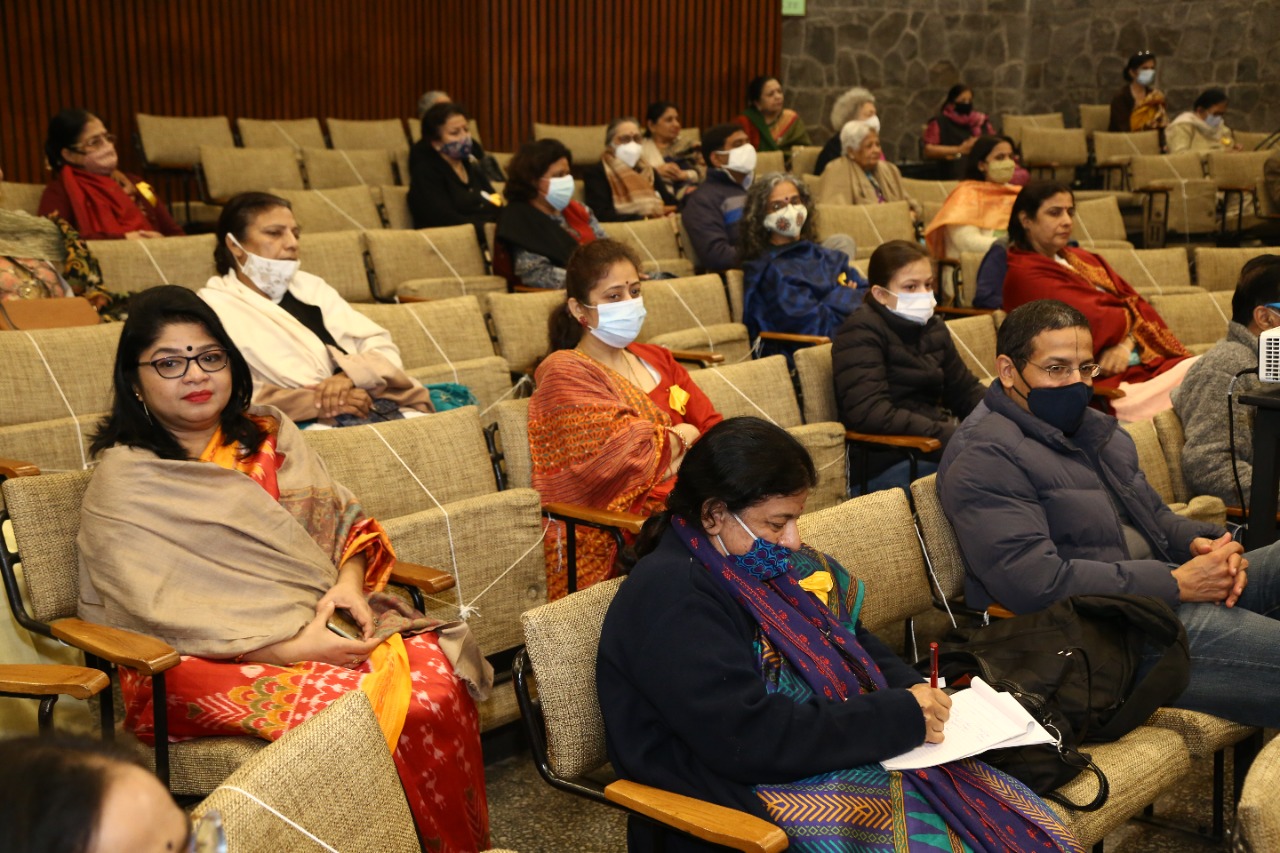 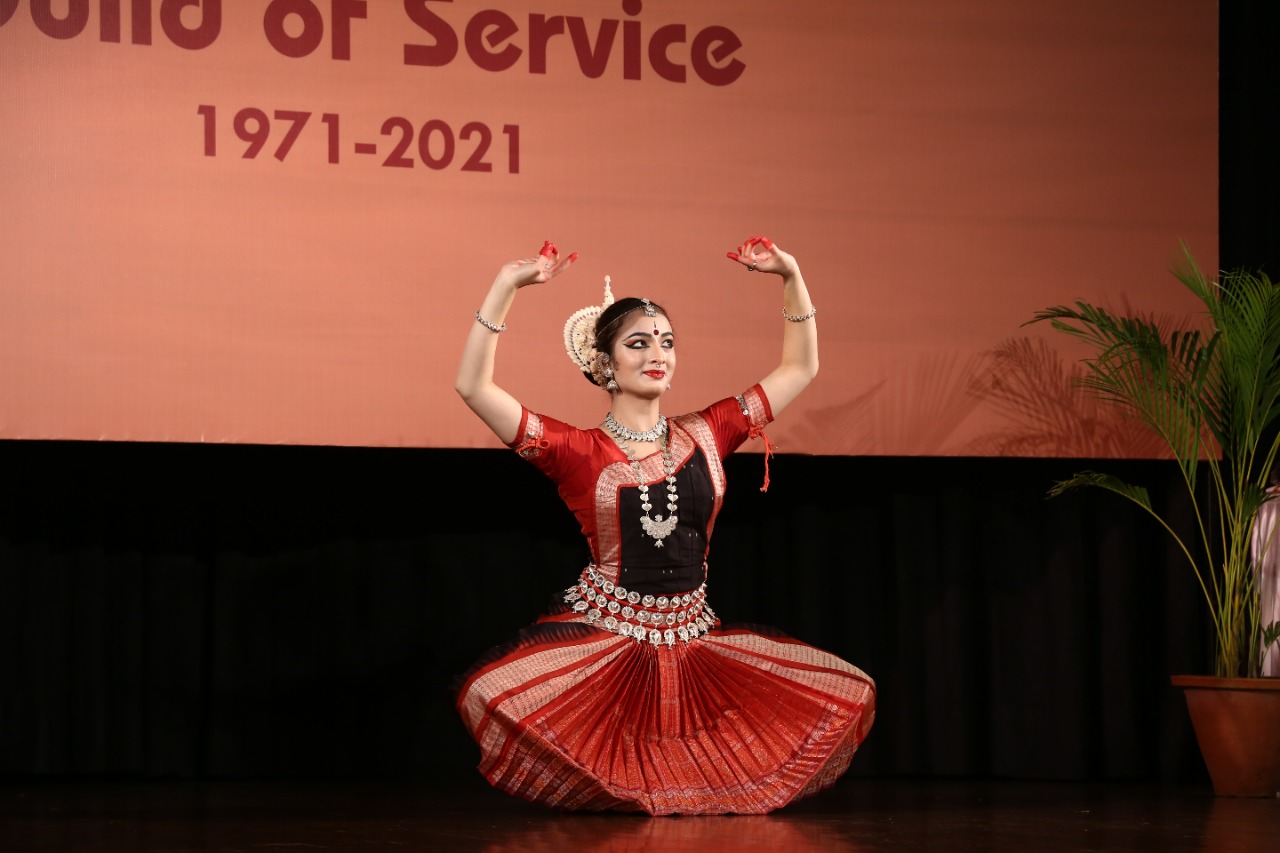 Twice every year the Guild conducts mass marriages thus enabling an underprivileged couple to enter into wedlock in an expense-free, dowry-free ceremony.
This year 30 couples were married at a mass marriage ceremony sponsored by FIIT JEE. The ceremony held within COVID protocols was held at MA Dham the sylvan green and peaceful surroundings of the shelter home run by the Guild.
30 couples were given a kick start in life with the basic essentials ( including a mobile phone in todays world of instant connectivity)
But more importantly, The Guild supported by the members and sponsors made a conscious attempt to break the stereotype of marginalizing widows during marriage ceremonies and declaring them "inauspicious" The young and old widows, fondly called MAs by us were not just witnesses but active participants in the ceremonies, from drawing the rangoli to making the garlands.
Another milestone for the Guild

The Guild started the initiative of Group Marriages four decades ago and so far more than 50,000 couples have been married. Through this initiative, the Guild aims to support the girls and boys from underprivileged backgrounds who undergo economic hardships to get married, to end the dowry system, and to promote national integration.
The Guild every year organizes Group Marriages twice
a year. This year 30 couples were bonded for a lifetime in holy matrimony on 5th April 2021 at Madham Chattikara road, Vrindavan. 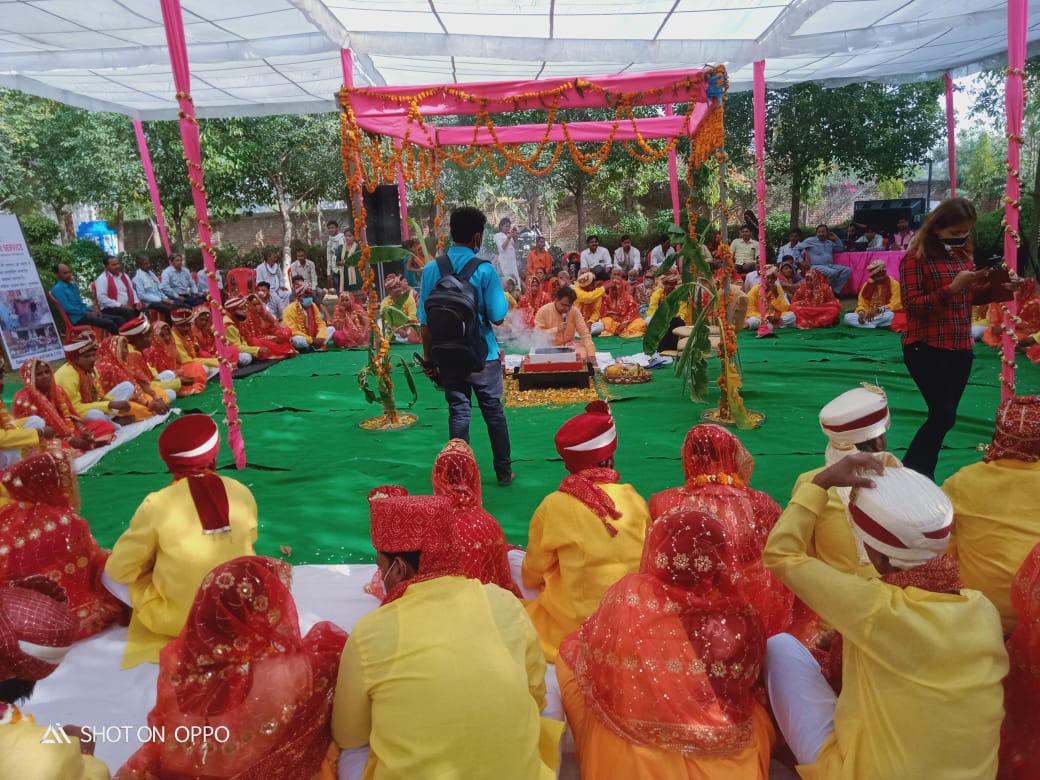 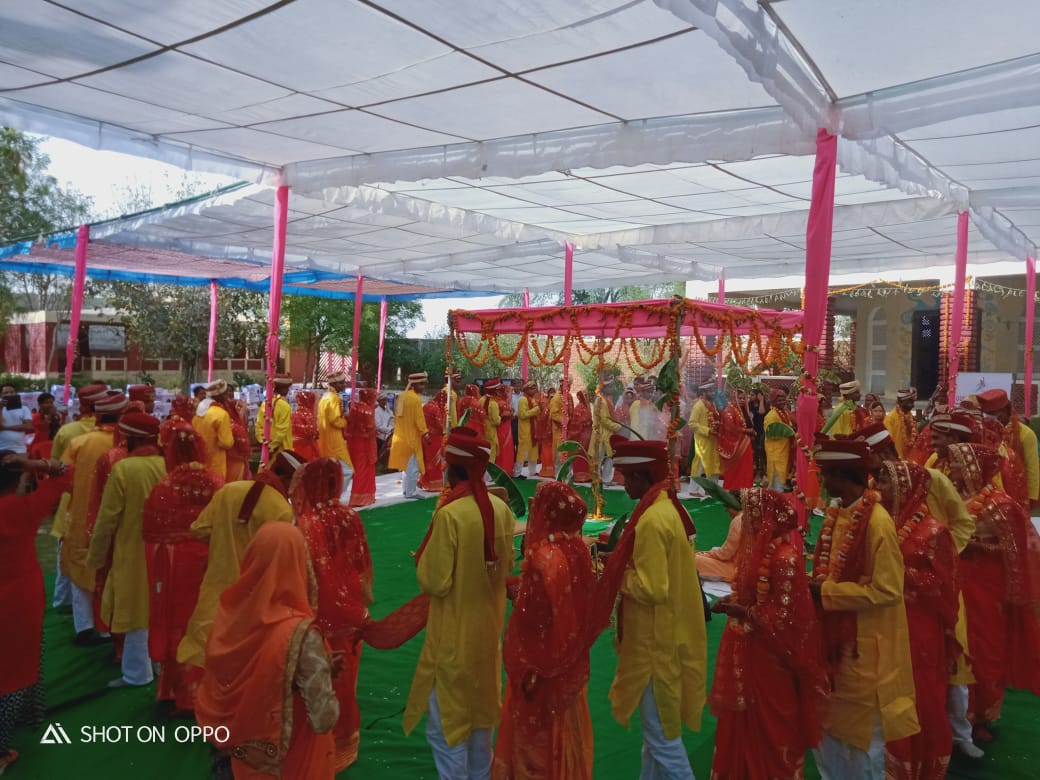 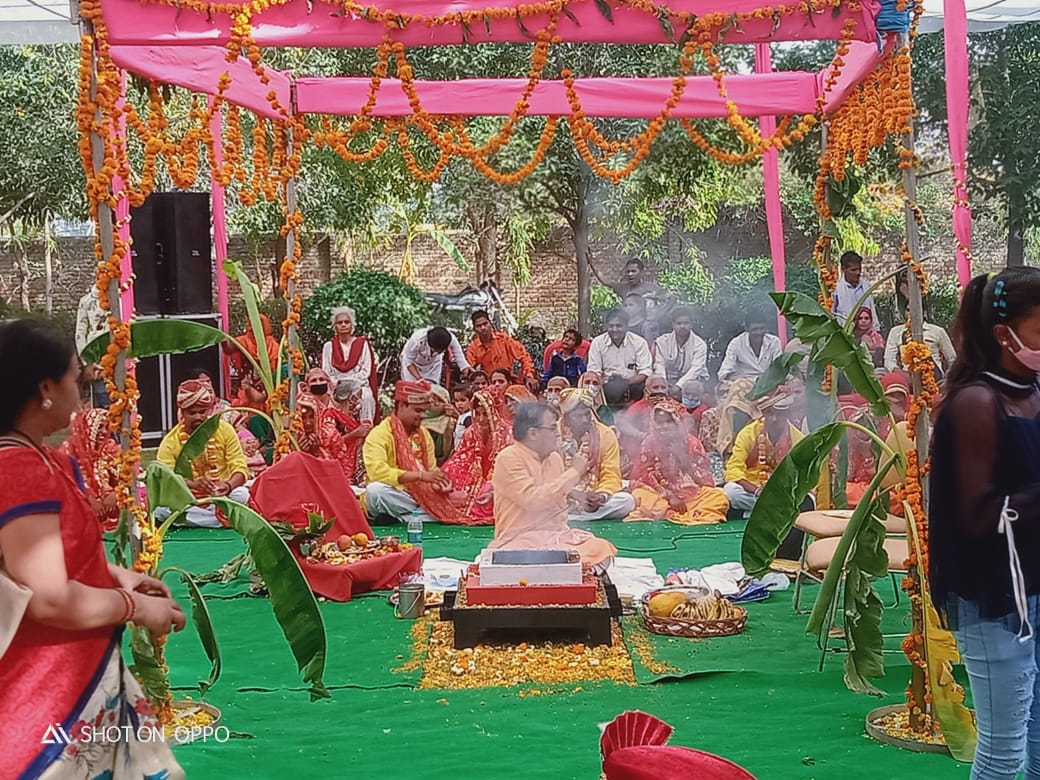 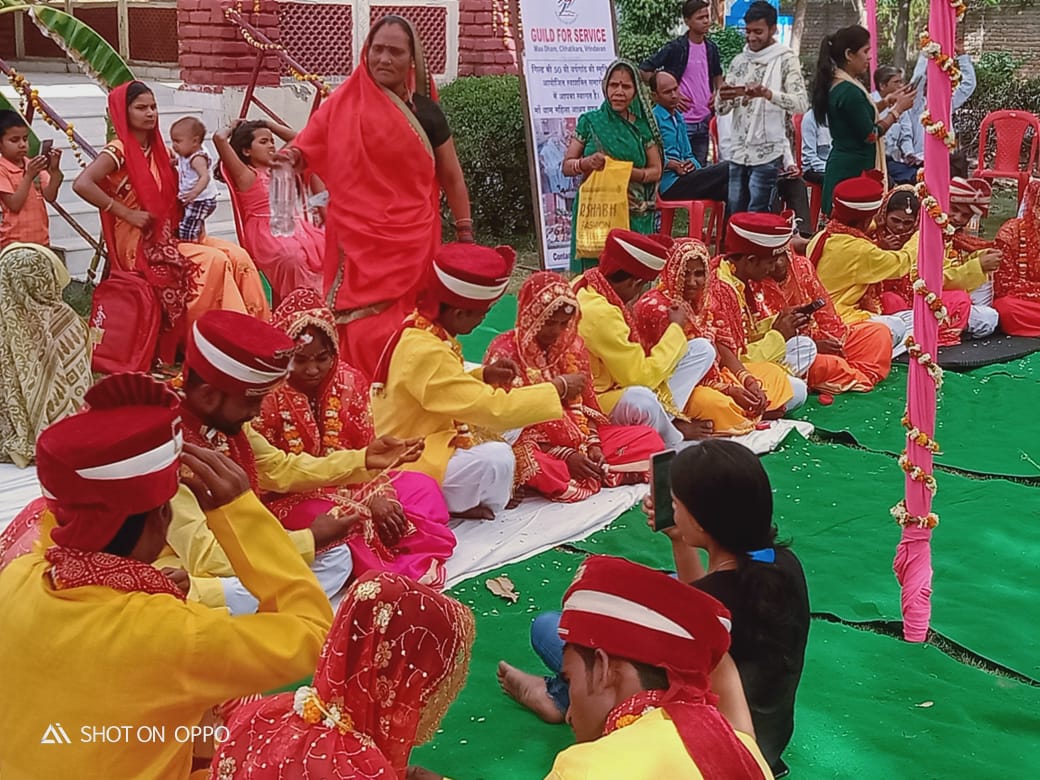 To commemorate the 50 years of meaningful work, the Guild honored 50 Veeranganas at Swashakti Samorah at Ma Dham

"To commemorate the 50 years of meaningful work, the Guild honored 50 Veeranganas at  Swashakti Samorah at Ma Dham ( our home for widows running for the last 22 years) Chhattikara Road,  Vrindavan, Mathura. These fifty women comprising  mainly of widows of soldiers and civilians are those who have shown exemplary courage in fighting the battle of existence for themselves and their children."